The making of the Traditional Maharastrian Kadi 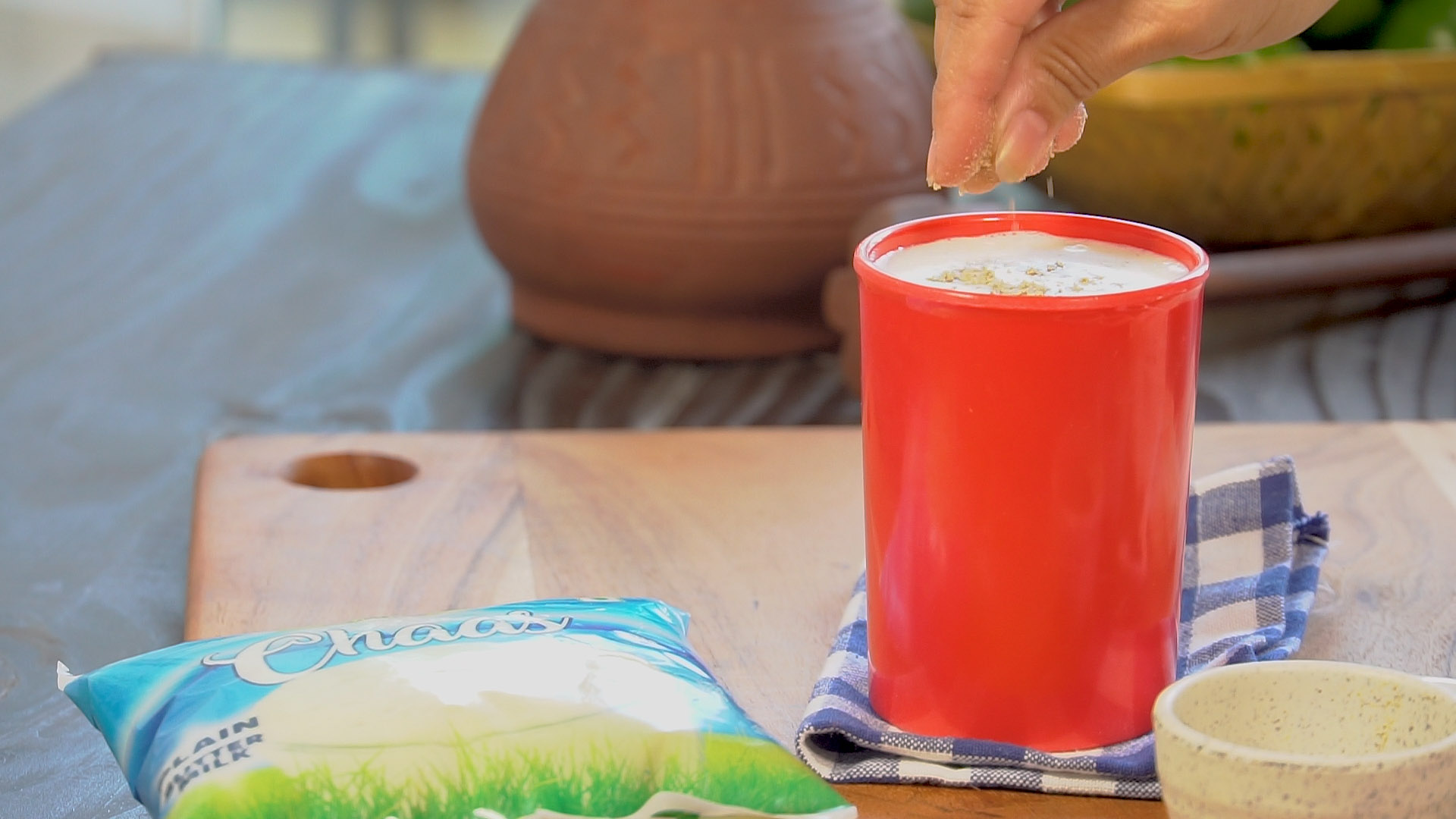 When you want to make your chaas masaledar, here is the way. We are going to make Gagangiri Plain chaas into Masala Chaas. 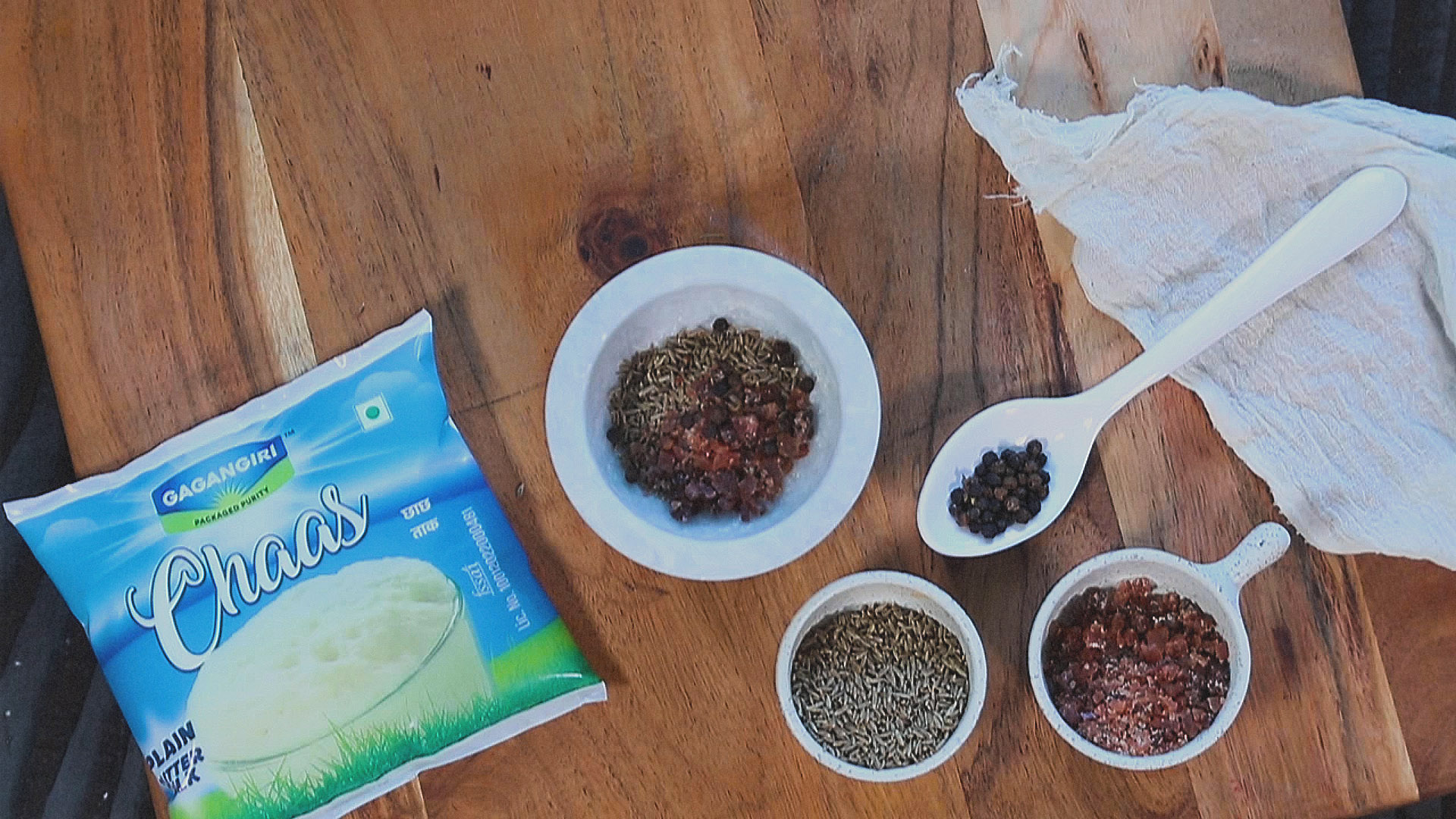 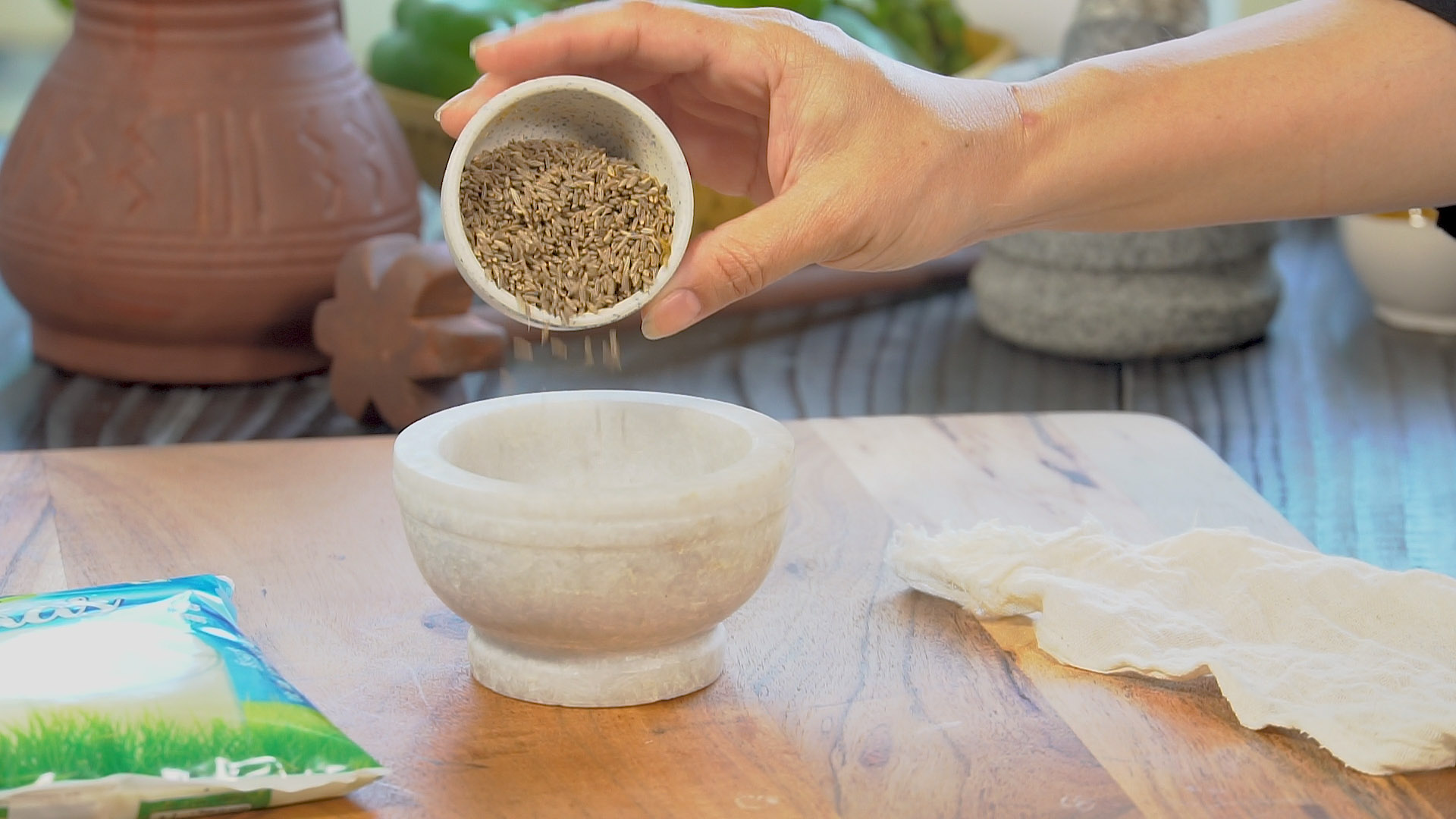 Remember to roast the cumin seeds before grinding. 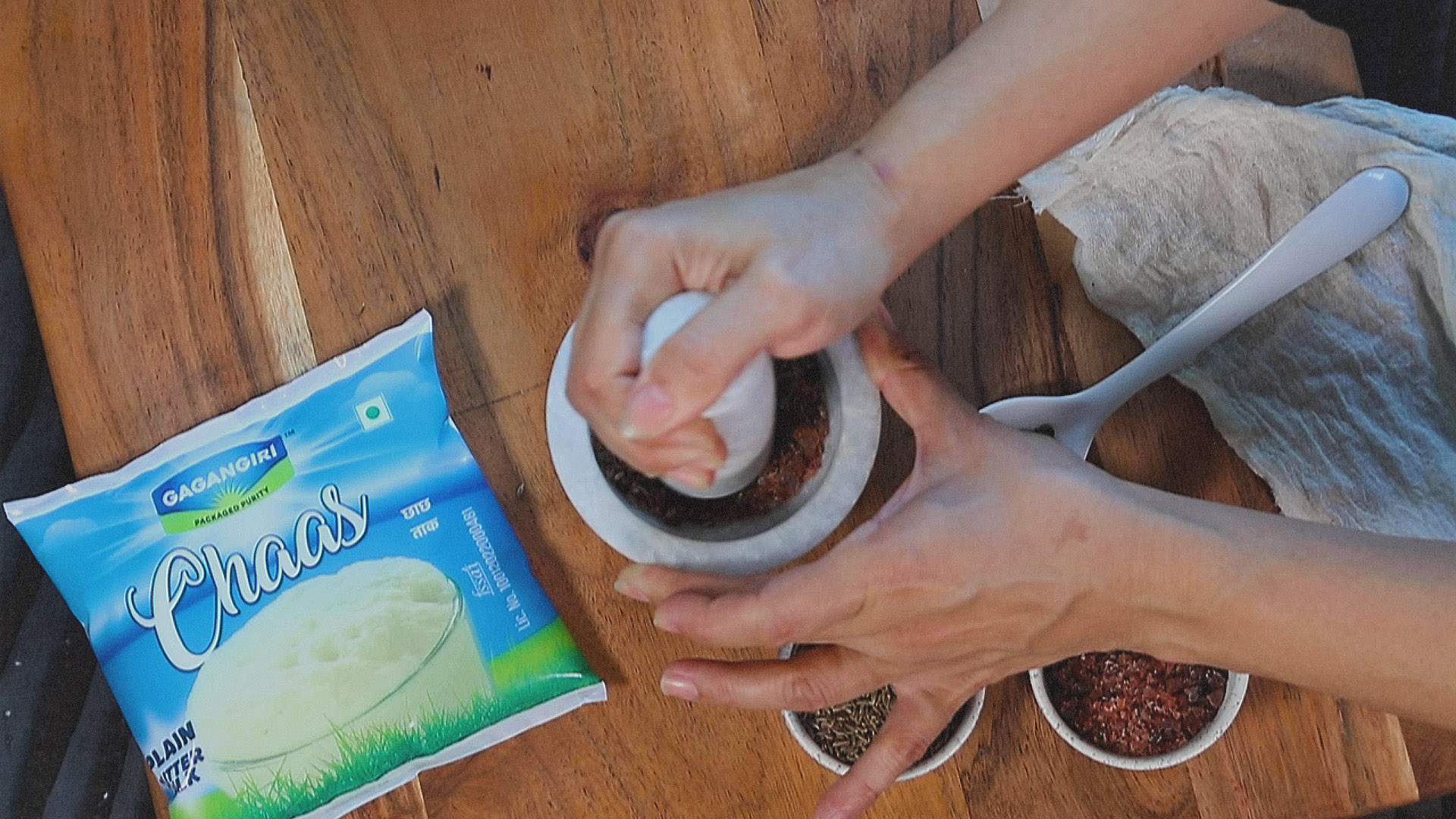 Crush it with a pestle. 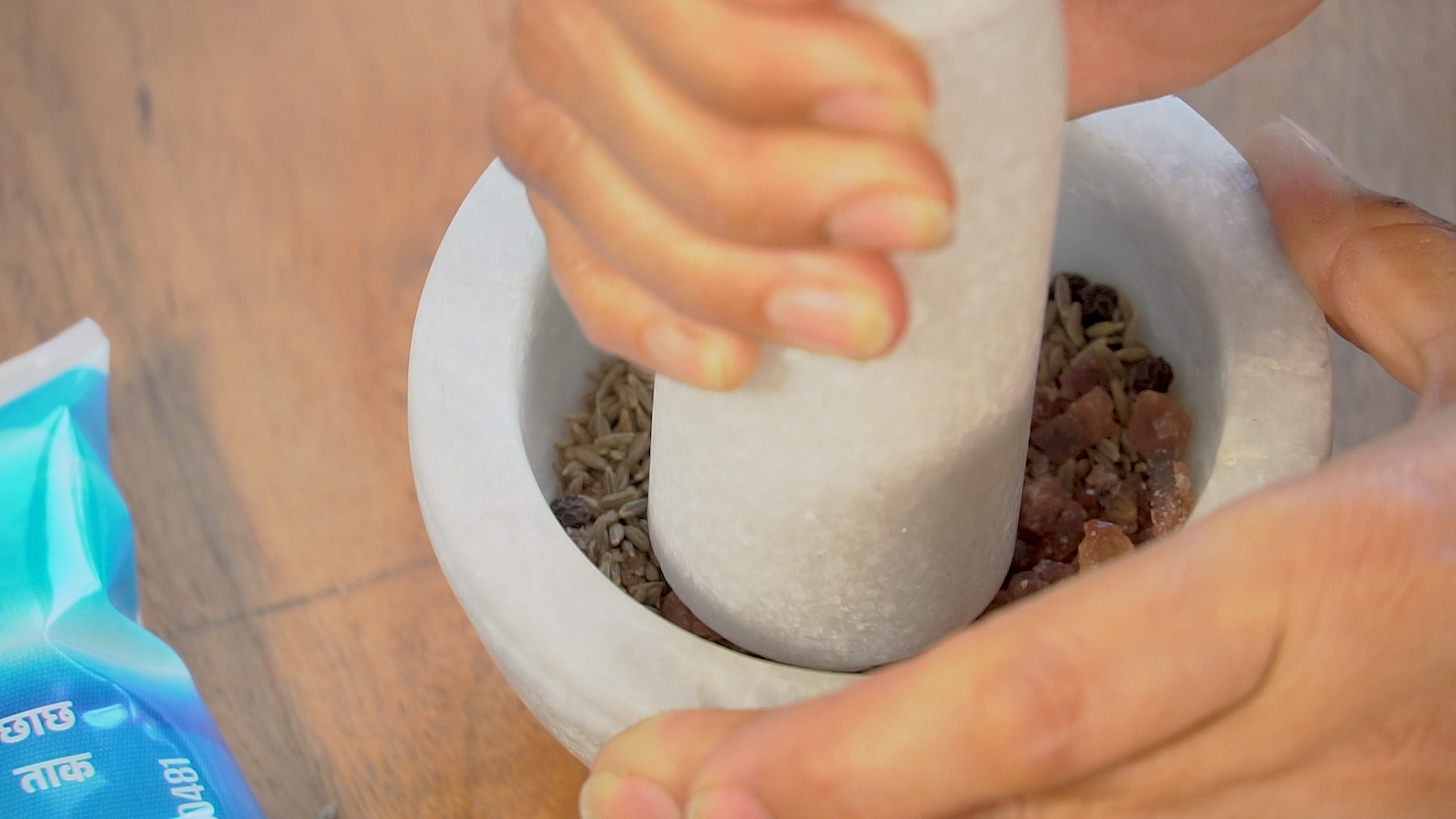 Grinding it with mortar-pestle is a better and traditional way to preserve the aroma which can’t be achieved using a electrical machine. 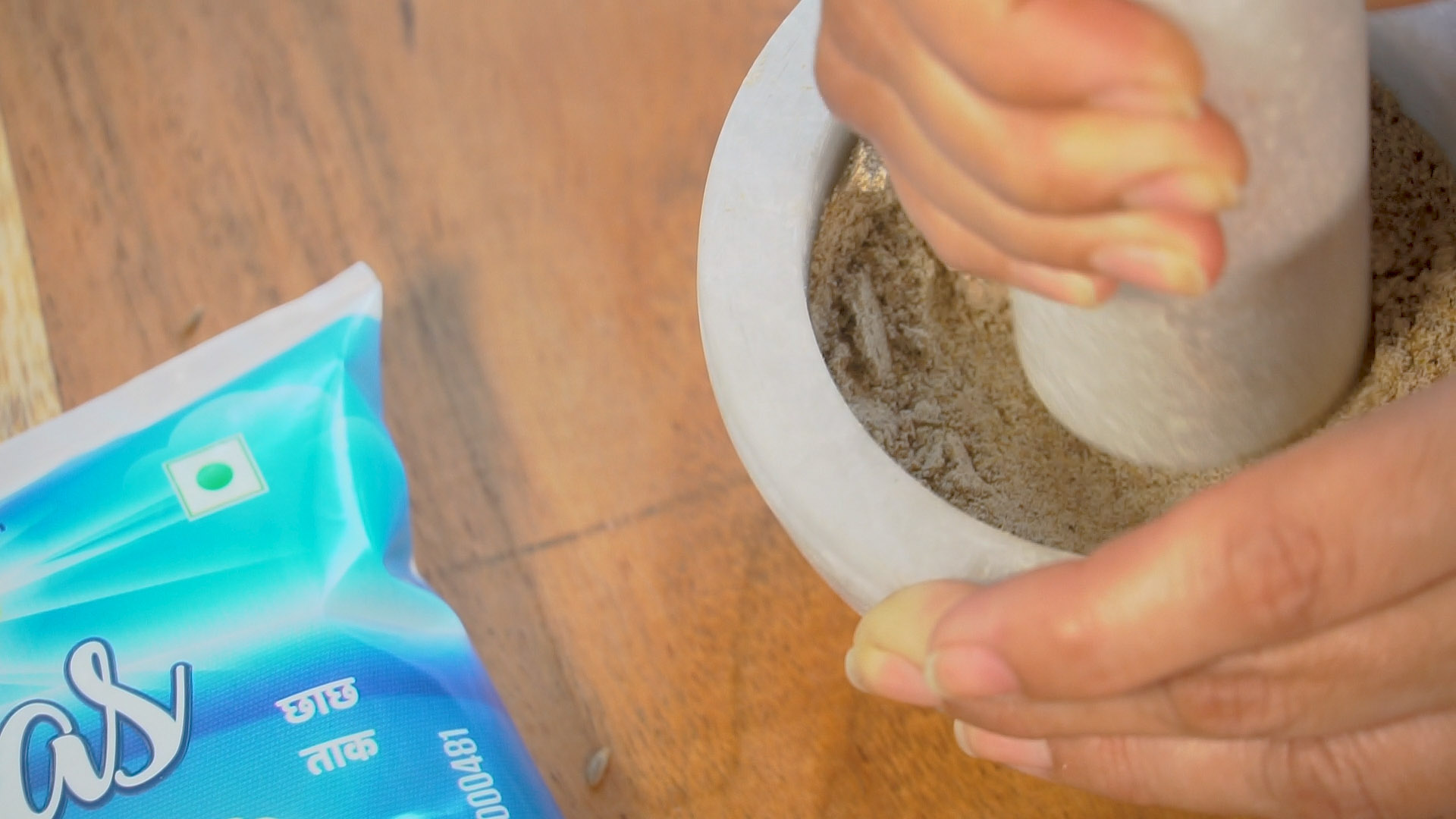 Make a fine powder of the spices. 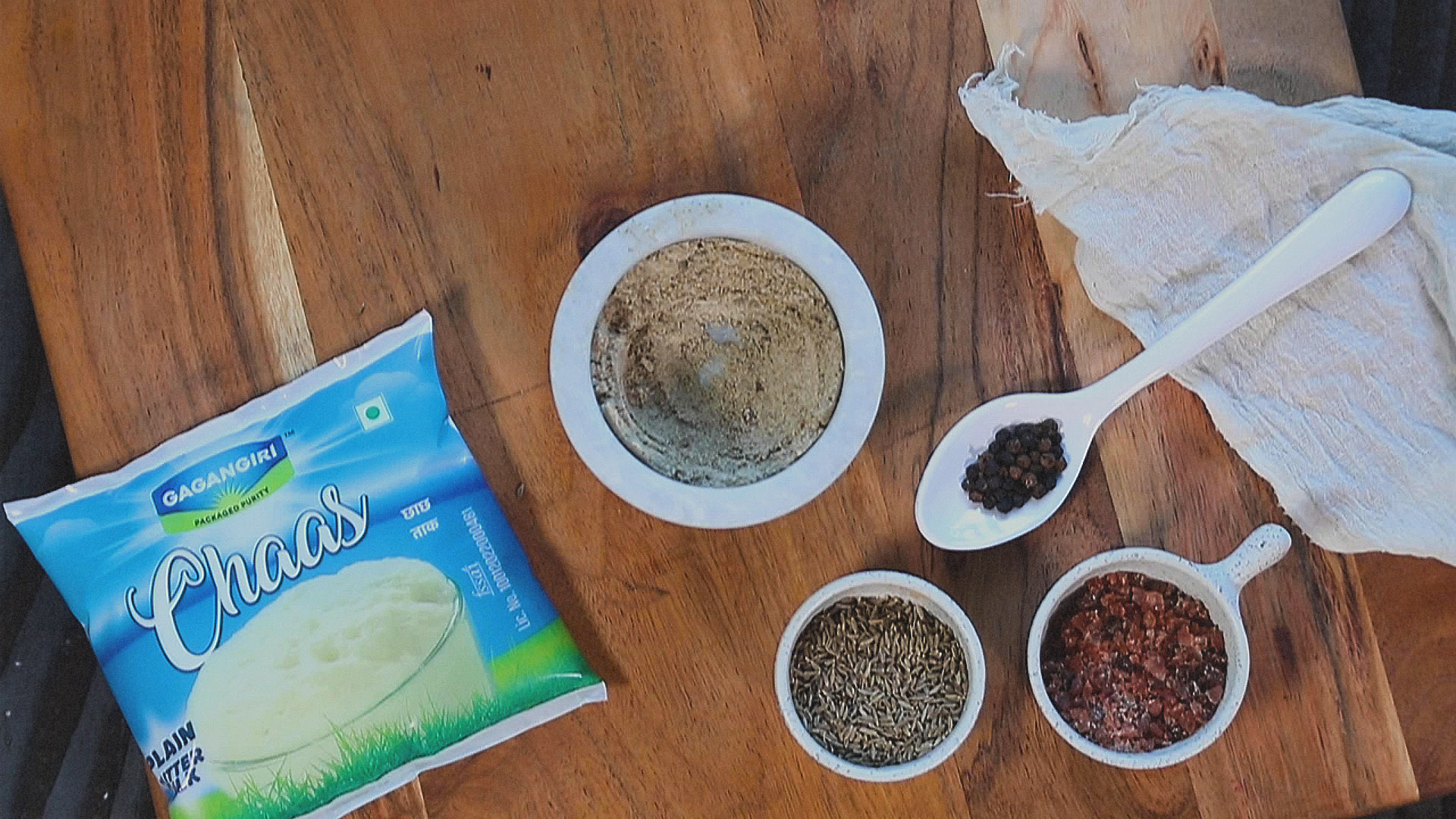 Your chaas masala is ready. You can also ziplock it to be used later. 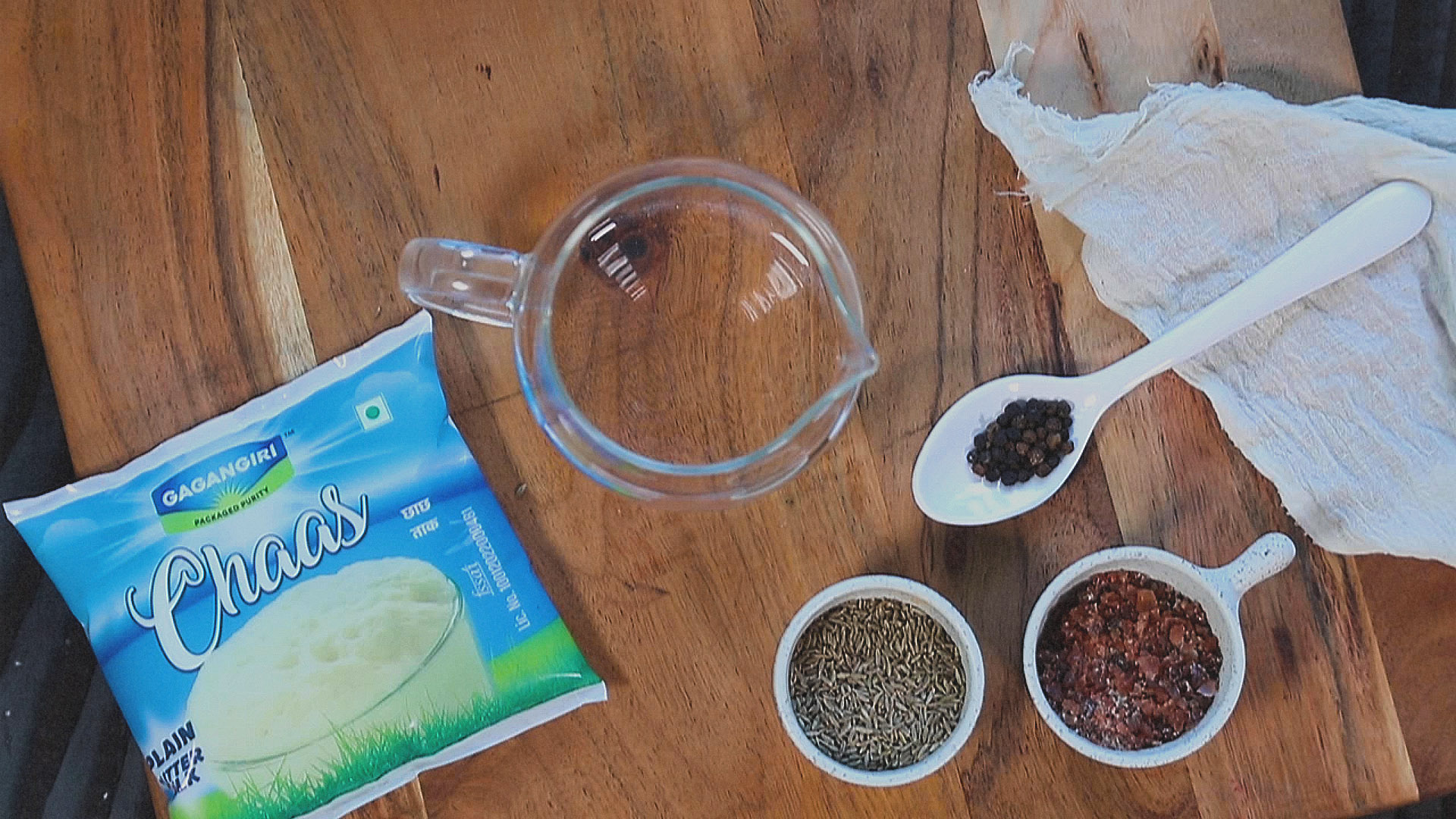 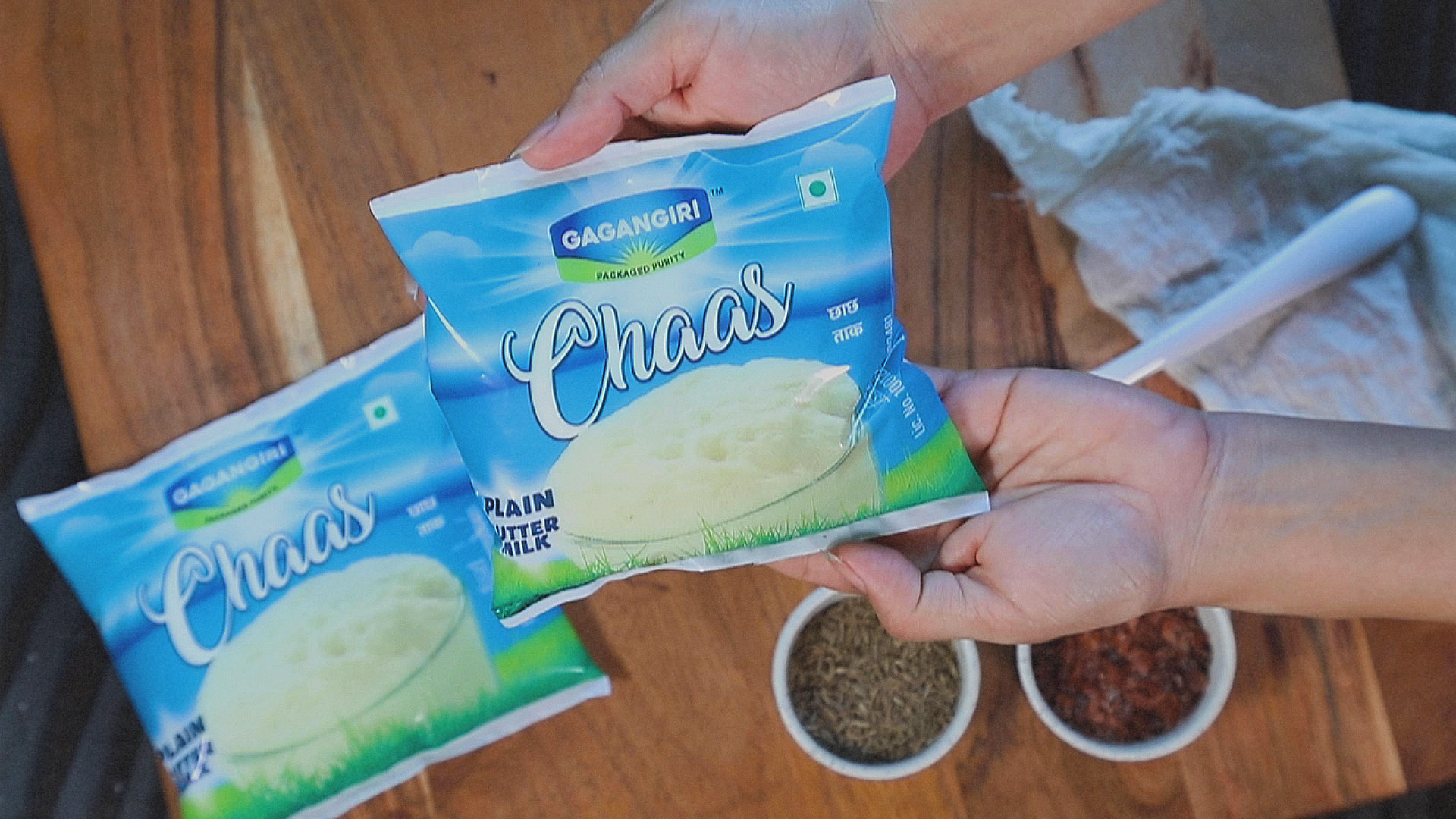 We a using plain chaas. Take a 500ml pack of Gagangiri Plain Chaas. 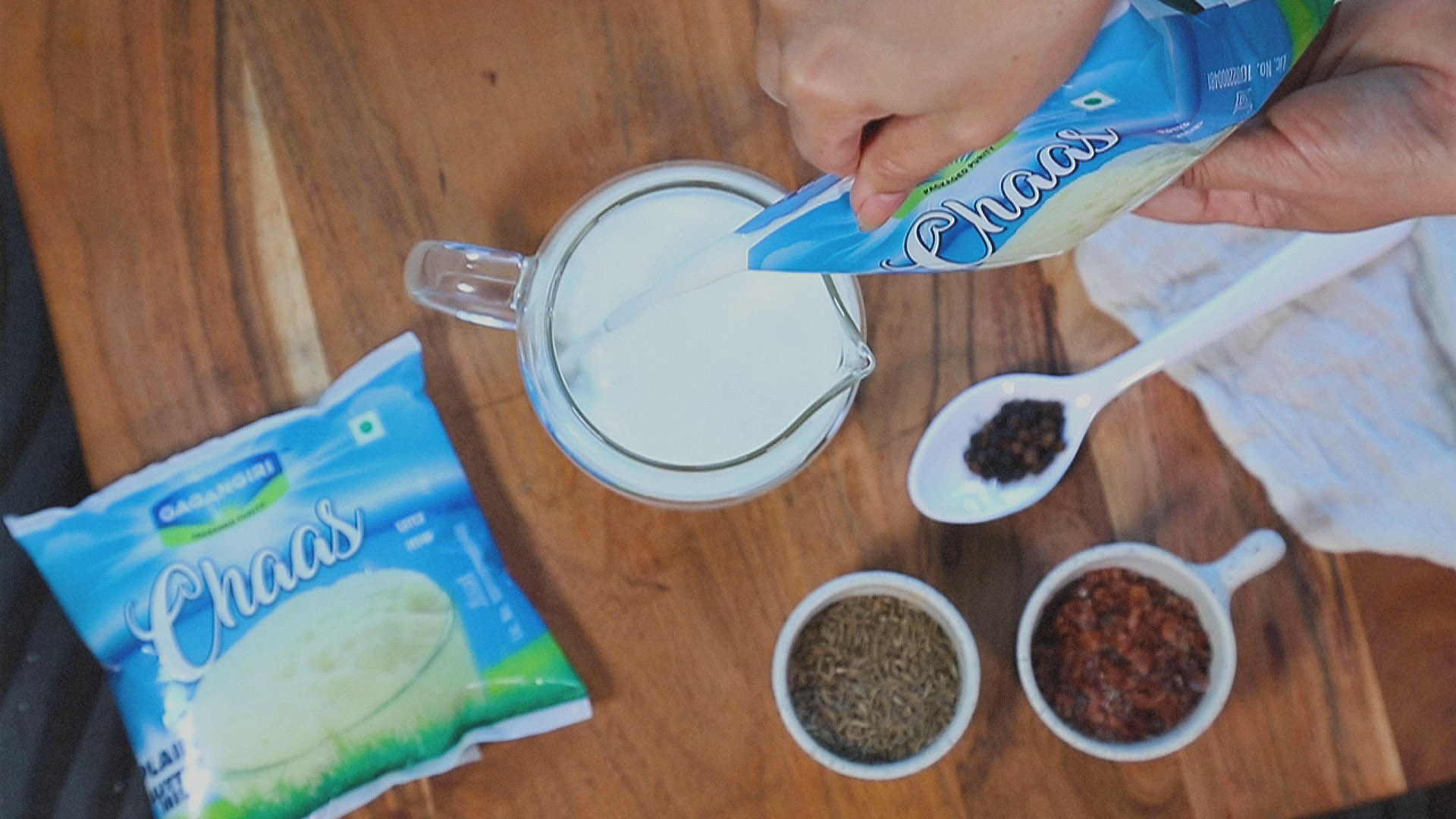 Empty the entire pack in the mixing cup. 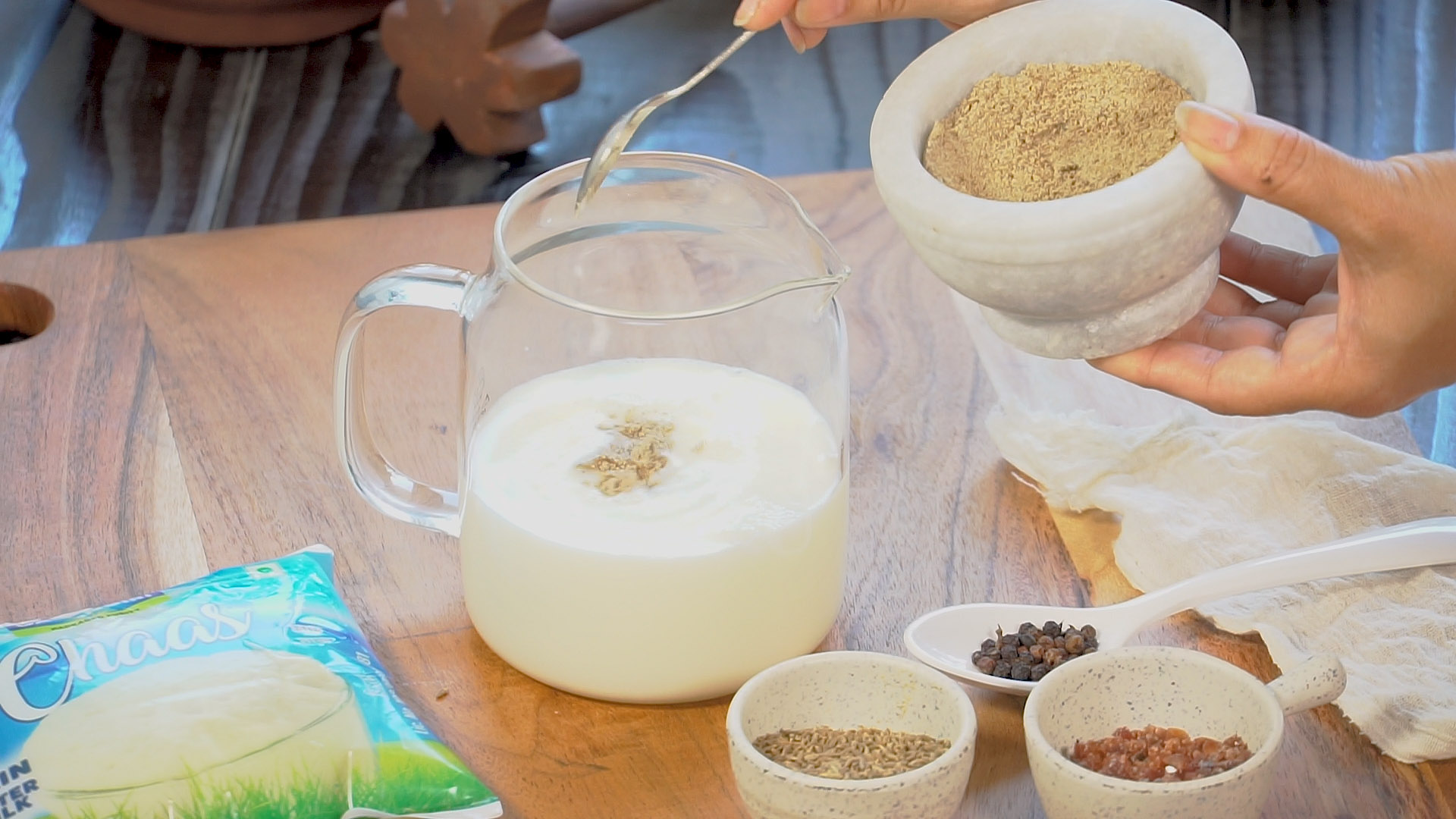 Add prepared chaas masala to it. As per your taste and how strong you want your masala to be, take the appropriate quantity. 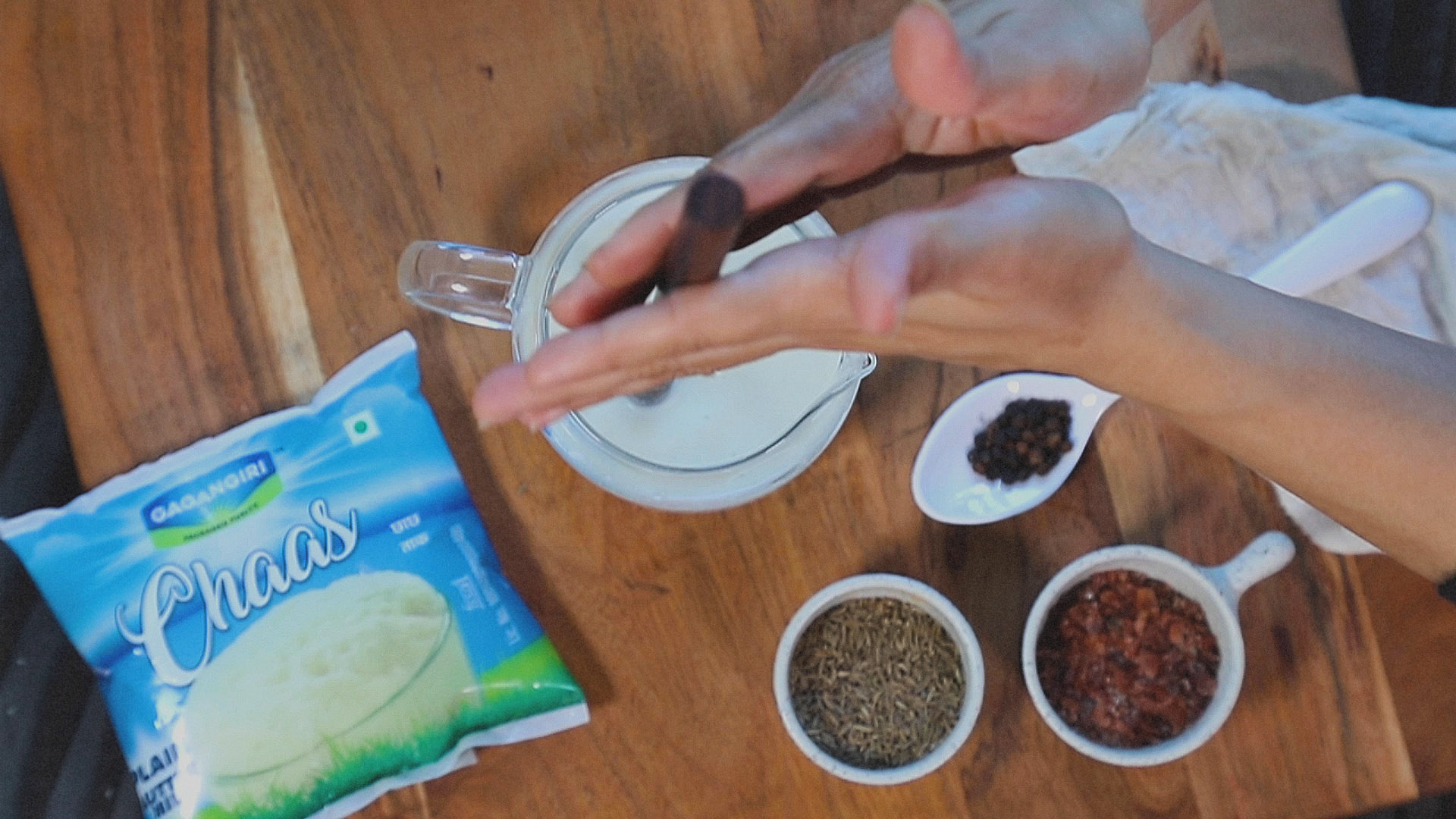 Using a wooden Whisker / Ghotni, mix the masala into the chaas. 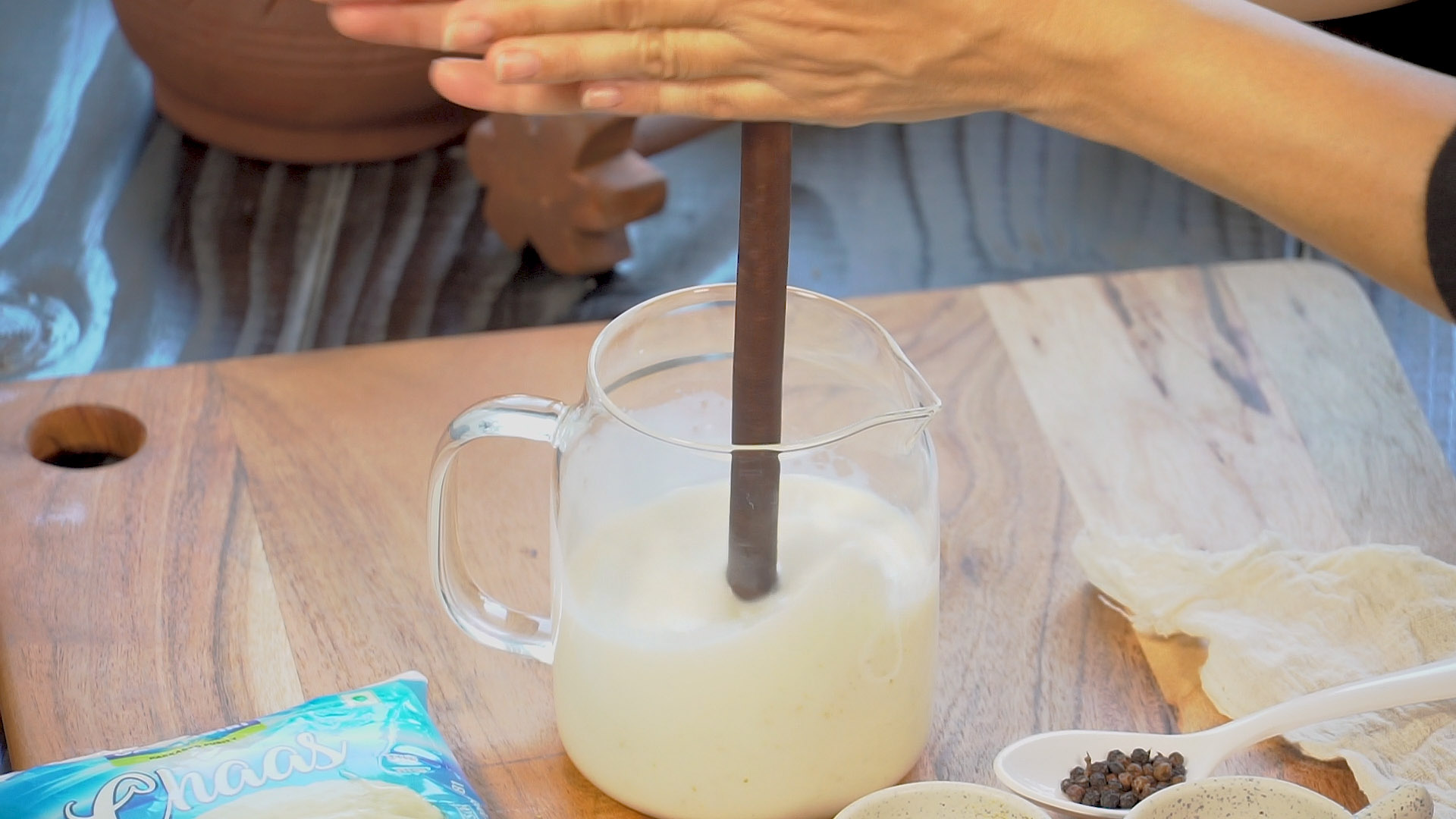 Mix it till, a nice froth is formed. 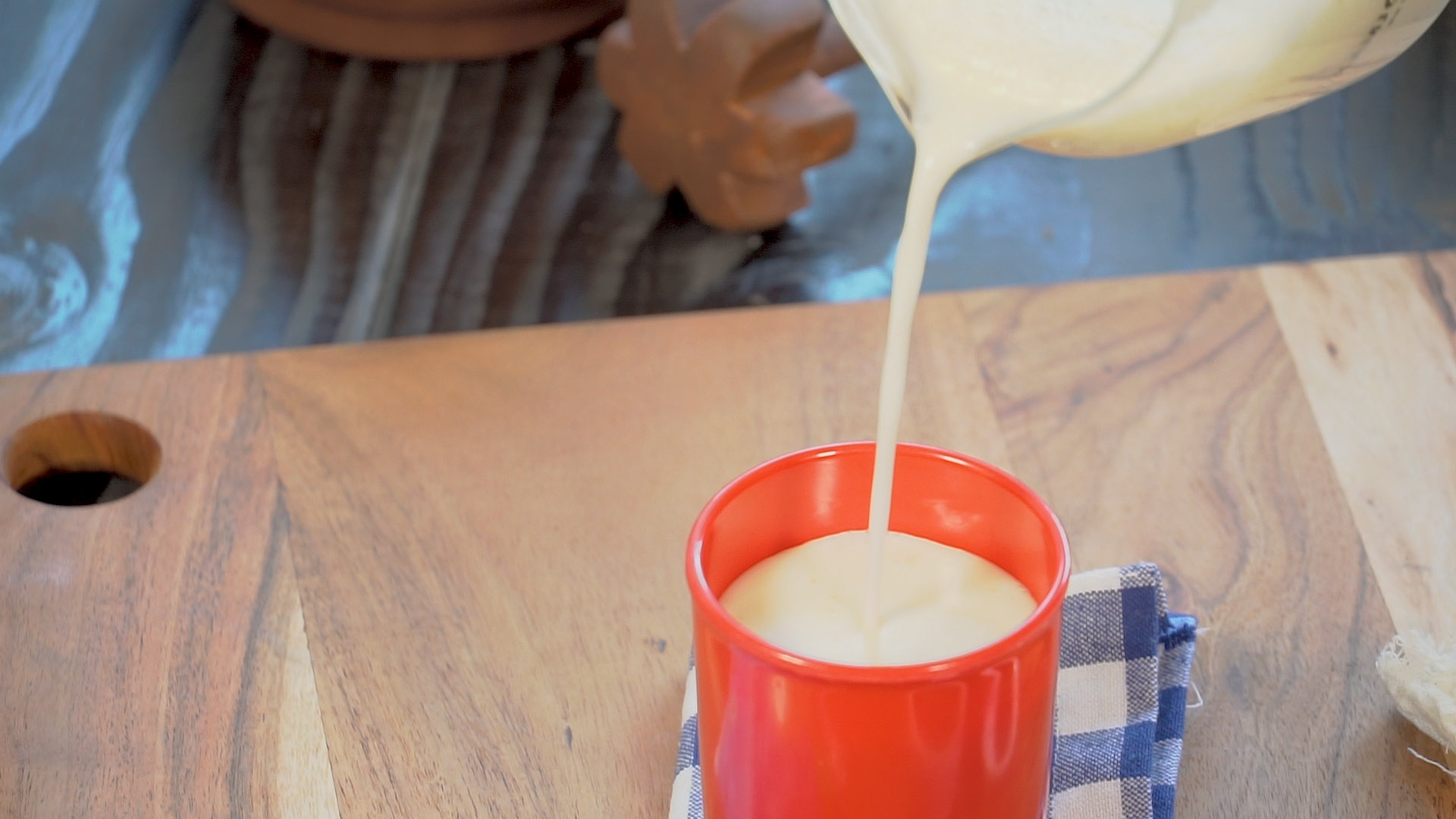 Pour it in the glasses.

Add a few hints of the chaas masala over the top. It gives a nice appearance and aroma. 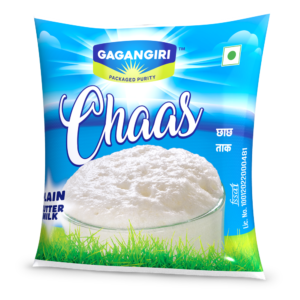 Gagangiri product(s) used in this recipe.

Please send us your questions, enquires and suggestions from our Customer Form.